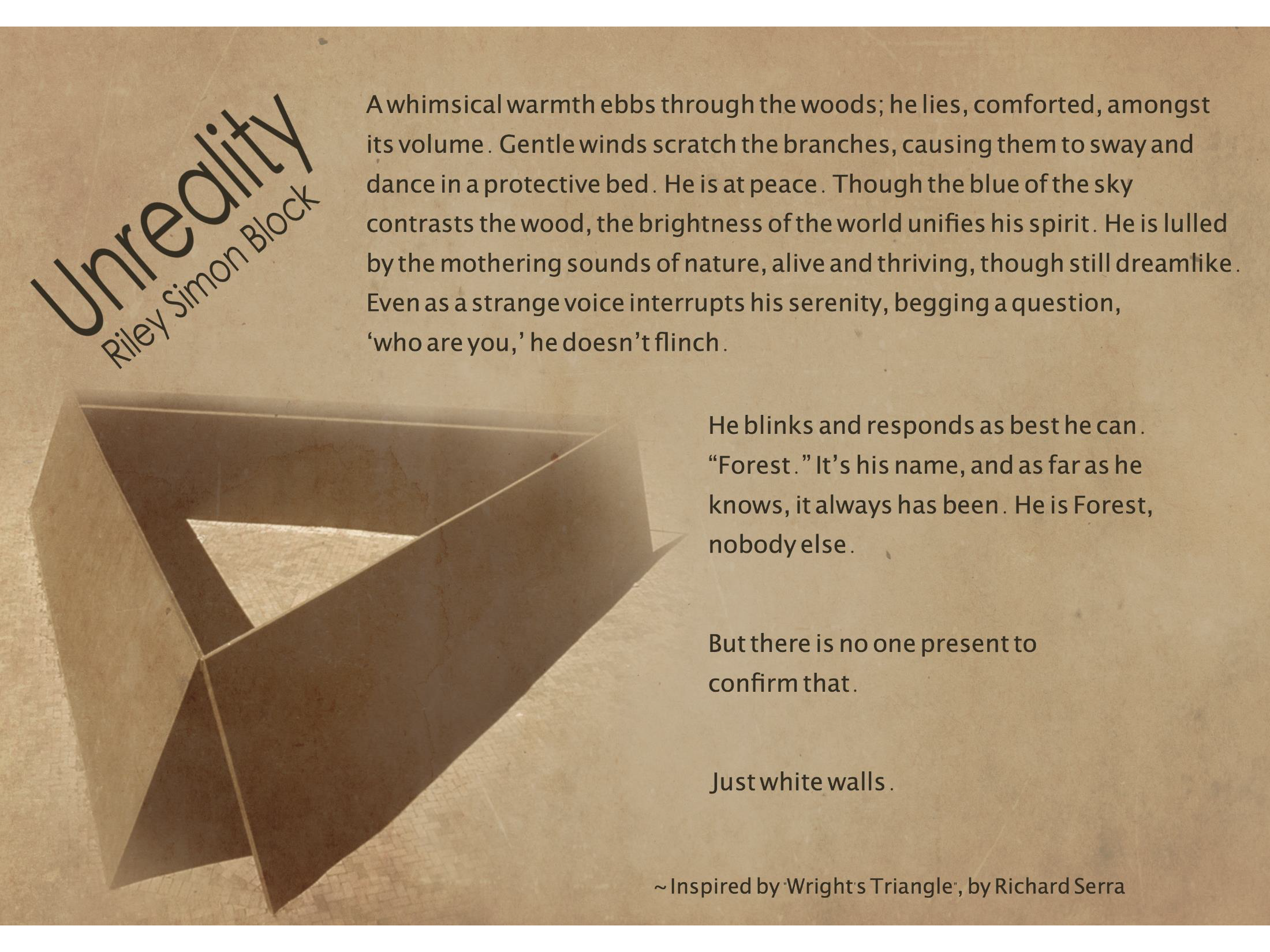 A whimsical warmth ebbs through the woods; he lies, comforted, amongst

its volume. Gentle winds scratch the branches, causing them to sway and

dance in a protective bed. He is at peace. Though the blue of the sky

contrasts the wood, the brightness of the world unifies his spirit. He is lulled

by the mothering sounds of nature, alive and thriving, though still dreamlike.

Even as a strange voice interrupts his serenity, begging a question,

He blinks and responds as best he can.

knows, it always has been. He is forest,

But there is no one present to