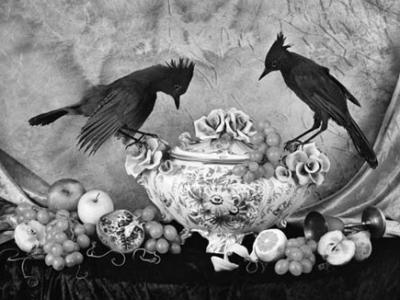 During the winter, the Western Gallery features three, simultaneous exhibitions dealing with the visual and poetic power of birds. It’s for the Birds features birdhouses designed by artists, architects, and landscape architects. In every case, like the birds, the artists have appropriated material including dirt, wood, glass, fabric, metal, wood, beads, mirrors and even parts of an old piano. While birds build their nests based on available materials and functional needs, these artists and architects have been driven by conceptual theories and emotions. Their birdhouses are charged with references to cultural, personal, political, and religious issues and formal issues of art, craft and architecture. _x000d_ _x000d_ In the Incarnation Series, Bozic has placed taxidermied birds in theatrical settings. The resulting transformation is directed by this Vancouver photographer who constructs the sets and specifically photographs from a frontal vantage point. The pairing of stuffed bridge with exquisite, antique objects is obviously forced, a type of hyper-reality to allow for a visual paradigm about plain organic states, our idealized versions of nature, and the future, potential devolution of nature. Bozic earned a B.F.A. with honors from Concordia University, Montreal, where she majored in photography and cinema. _x000d_ _x000d_ Linda Mary Beech: Big Crow is an installation which deals with the "uneasy border" between urban and natural environments. Her works ask questions about co-habitation, ownership and territory. Through reference to the glossy black bird, we sense the shadows of the original inhabitants, the inarticulate shrills of the newcomers, and the raucous boasts of those who wish to dominate. Linda Mary Beech has degrees in lighting design from Dalhousie University (Halifax, Nova Scotia) and honors in sculpture from Ontario College of Art and Design, Toronto. 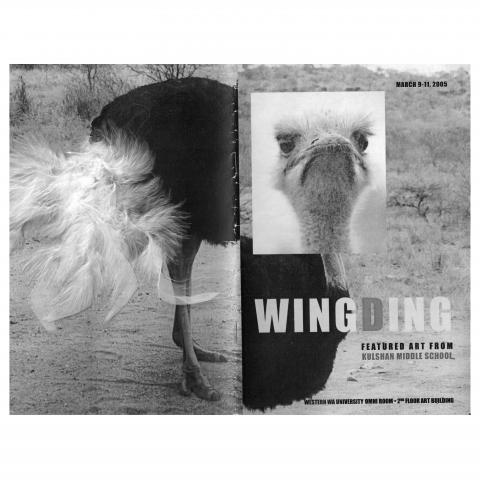 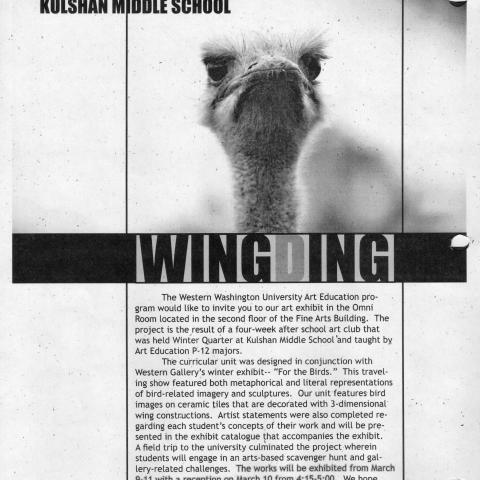