After Perestroika: Kitchenmaids or Stateswomen 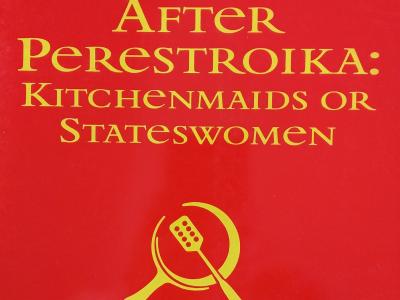 This contemporary exhibition features recent works by 18 male and female artists from Moscow, St. Petersburg and New York. Through 42 mixed media works, installations, photographs, paintings and sculpture, the effects of the changing Soviet political and economic systems on the ideology of gender are explored. The exhibition explores in particular the contradictory and previously unexamined history of women in Soviet socialist society. Early portrayals of Soviet women that appeared in the 1920s and 1930s represented women workers as the equals of men, but hid issues of gender and identity behind propagandistic slogans. More recently, since Perestroika, male and female artists have reopened a discourse on women’s issues in Soviet society. The paintings, drawings, photographs, sculptures, installations, and mixed media works in the exhibition demonstrate how communal living, medical practices, propaganda, sexism, and cultural chauvinism contributed to the dismal realities of life in this hyper-patriarchal society.