The exhibition maps the course of African-American visual artistic achievement through 71 oil paintings, watercolors and drawings. Organized by the Smithsonian Institution, the exhibition focuses on the tradition of African-American expression flourishing after the period of Reconstruction and on new traditions/influences in black art in contemporary times. The exhibition begins with the first nationally recognized artists who set the foundations for change (1880-1920). The Negro Renaissance of the 1920s brought African­ Americans and their art to the attention of a wider American public. Later the Urban League, the Federal Works Progress Administration Program, the Harmon Foundation and other assistance groups, as well as the emerging private sector galleries played an important role in encouraging the work of African-American artists. The civil rights climate and the evolution of Modernism also shaped this legacy. During the search for identity (1950-1987) a variety of artists addressed the complex stylistic associations as broad as Minimalism and Africobra movements of the 1970s. 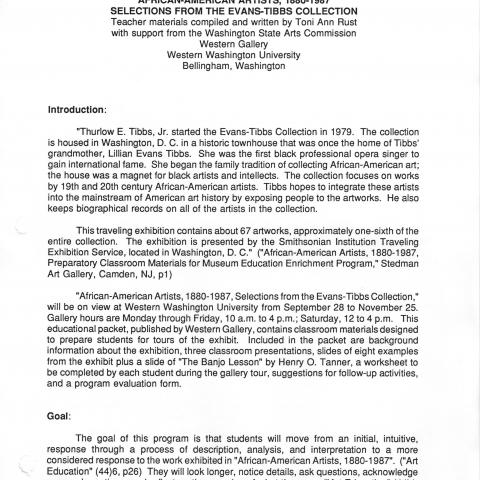 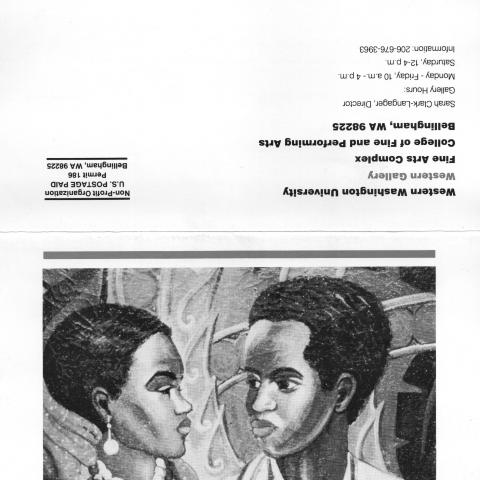 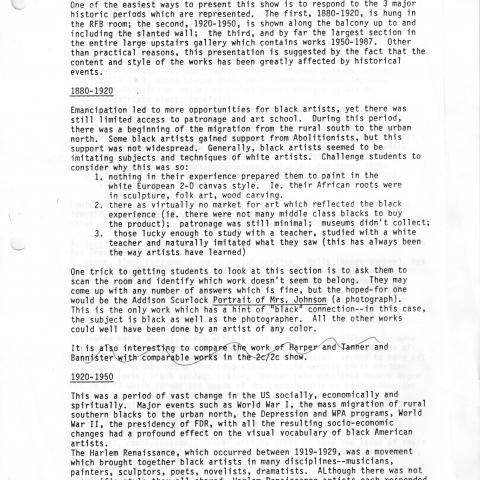