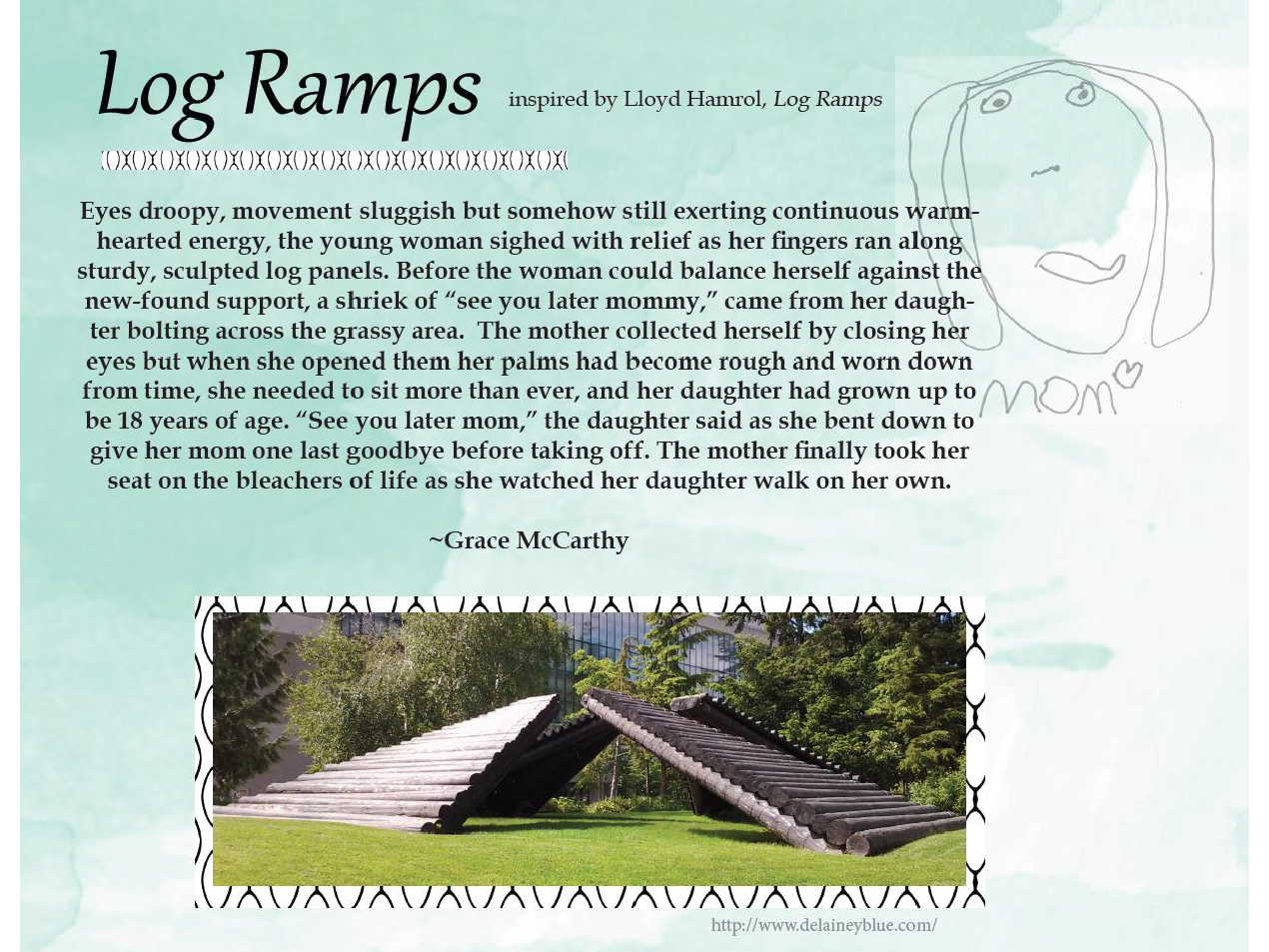 hearted energy, the young woman sighed with relief as her fingers ran along

sturdy, sculpted log panels. Before the woman could balance herself against the

new-found support, a shriek of "see you later mommy," came from her daughter

bolting across the grassy area. The mother collected herself by closing her

from time, she needed to sit more than ever, and her daughter had grown up to

be 18 years of age. "See you later mom," the daughter said as she bent down to

give her mom one last goodbye before taking off. The mother finally took her

seat on the bleachers of life as she watched her daughter walk on her own.