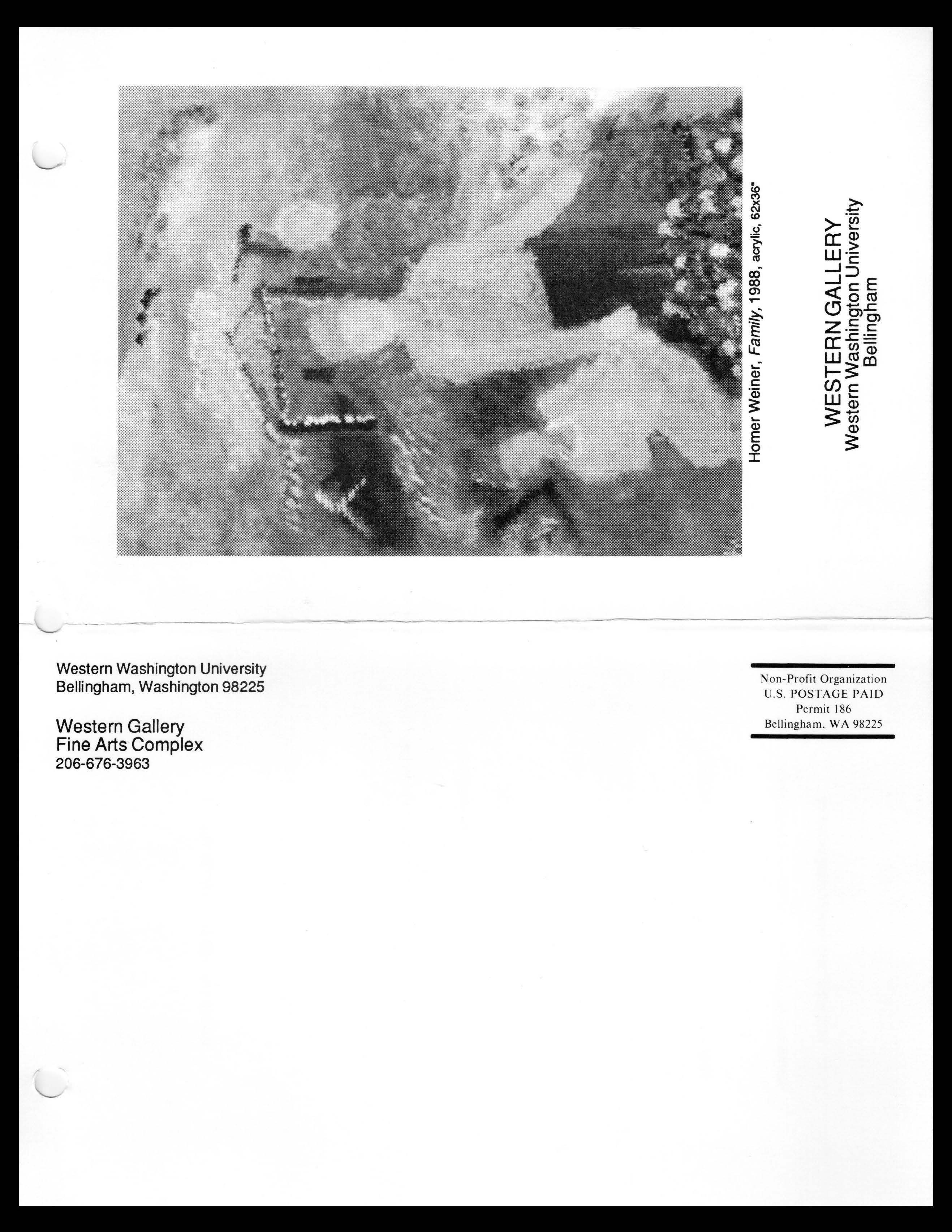 Homer Weiner has been a full Professor of Painting and Drawing at Western Washington University since 1966. During the period 1964-66, he was chairman of the Department of Art. Before coming to Western, he was an instructor at Kent State University. During the late forties, he studied at the Cleveland Institute of Art and the Art Students League, New York City. He received his B.F.A. (1949) from Bradley University, Peoria and his M.F.A. (1951) from the University of Iowa.

Weiner's paintings, prints and drawings are represented in private collections and the public collections of the University of Iowa, Cleveland Print Society, Dallas Museum of Fine Arts, Dayton Art Institute, Akron A Institute and the Cleveland Museum of Art. Besides having written articles for the College Art Journal (1969) and Perspective (Canadian art journal, 1967), Weiner has had his first novel, Spacewater Blue, published in 1981 (Sonica Press, Los Angeles).

On the occasion of the retirement of Professor Homer Weiner

Homer Weiner: A Selection of Work

Sighted/Sited at Western: Drawings for Sculpture